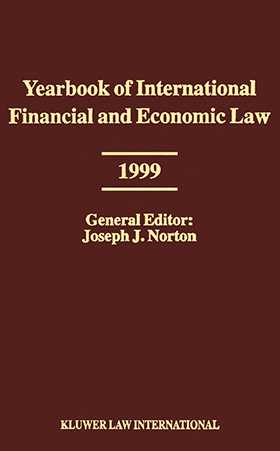 Qty.
This product is available for the standing order program. Learn More
Add to Cart
For general delivery times, please see our Shipping Policy
Share
Overview
The fourth volume of this Yearbook provides essays, articles, comments and analyses of developments throughout the previous year. The new essay section of this volume is contributed by Shangquan Gao, Senior Professor in the State Council of PRC who examines the negative influence of the Asian financial crisis on China.

One of the salient features of the volume is that it focuses on new developments in post-financial crisis restructuring measures taken by various countries, such as PRC, Brazil and Japan. Complementary to this issue, globalisation, international financial stability, and international capital flows are also discussed comprehensively.

The period covered by the volume has witnessed major financial and economic law reform projects in various areas of the world. The volume offers comprehensive analysis of these reforms including the Gramm-Leach-Bliley Act of 1999 in the US and its influence on the global financial sector, progress in collateral law reform in Central and Eastern Europe, the development of securities law and the Internet in the UK, commercialisation of China's land use right, reform of Hong Kong property tax system, and legal changes in Japanese asset securitisation and investment.

Some issues are re-explored in this volume from new and different perspectives. The discussion of the integration of insurance and other financial services in Taiwan, of the Lender of Last Resort, of the solutions to the non-performing loan problems in China, of capital adequacy under the Basle new capital adequacy framework, and sovereign debt restructuring in Latin America will offer the readers new insights into these issues.