Loading...
Store International The Tax Treatment of NGOs: Legal, Fiscal and Ethical Standards for Promoting NGOs and their Activities 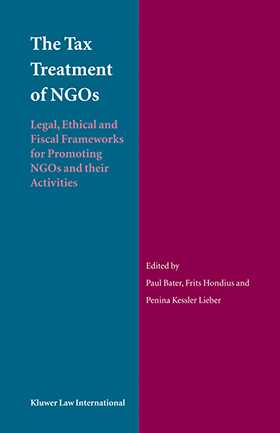 The Tax Treatment of NGOs: Legal, Fiscal and Ethical Standards for Promoting NGOs and their Activities

Most national taxation regimes afford certain privileges to non-governmental non-profit organisations of public benefit. However, cross-border extension of such privileges has failed to materialise in any significant way, despite various efforts and the existence of model treaty provisions and even draft NGO multilateral tax treaties. Although experts tend to oppose harmonisation¿on the grounds that international privilege would sink to the lowest national level¿there does seem to be general agreement that tax incentives to encourage the cross-border activity of public benefit organisations should be clarified and augmented.

The expert authors whose work is assembled in this book offer rich perspectives on this issue. Their various analyses include the following: