Loading...
We know your business is rapidly adapting to the global COVID-19 outbreak. If you need assistance with your Wolters Kluwer products or would like to get more information on a complimentary Guest Pass to any of our online products, please contact your representative. To help you stay informed and navigate the changes, Wolters Kluwer is providing free insights and resources. View Resources here Close
Store International The Law and Governance of the Asian Infrastructure Investment Bank 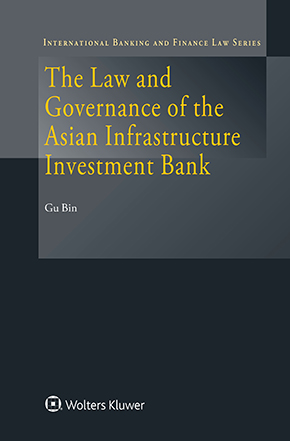 The Law and Governance of the Asian Infrastructure Investment Bank

About this book:
The Law and Governance of the Asian Infrastructure Investment Bank is among the first to offer an incisive introduction to the Asian Infrastructure Investment Bank’s (AIIB) law and governance, which are now essentially in place. The AIIB, which began operations in 2016 and now has an approved membership of eighty-four worldwide, has quickly become perhaps one of the world’s most promising agents of global economic development. With its firm commitments to the twenty-first century imperatives of cost-effectiveness, zero tolerance for corruption and active promotion of environmental sustainability, its clearly stated aims and requirements echo the goal of reform that other multilateral institutions are undertaking.

What’s in this book:
From a perspective of Chinese multilateralism, which parts ways from the dominant twentieth-century Bretton Woods arrangements, the author provides in great depth the details of such elements of the Bank’s Articles of Agreement as the following:

How this will help you:
Lawyers and policymakers involved in international economic law and related fields will welcome this nuanced and in-depth description and analysis of the AIIB. Its concomitant analysis of political economy and global governance issues is intended as a basic introduction for law students and lawyers. This book will be of interest to bankers, businesses, government officials and others looking for an overall understanding of multilateral development banking and China’s approach toward global governance in particular.

PART I
The AIIB in General

APPENDIX I
Articles of Agreement of the AIIB

APPENDIX II
Columns about the AIIB and Beyond by the Author