Loading...
Store International Tax Conversations: A Guide To The Key Issues In The Tax Reform De 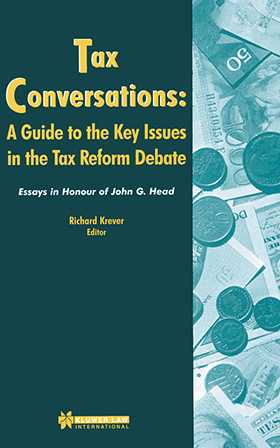 Tax Conversations: A Guide To The Key Issues In The Tax Reform De

Qty.
Add to Cart
* For general delivery times, please see our Shipping Policy
Share
Overview
Future generations will likely regard the 20th century as a watershed in the history of taxation. The first half of the century witnessed numerous changes to tax theory and practice that outdid those of the previous millennium. But these developments are modest when viewed against the barrage of competing theoretical views and technical analyses of tax policy in the century's last five decades, let alone the avalanche of legislation, regulations, rulings, and tax commissions that marked first, the post-war growth of the welfare state, the growing internationalisation of world commerce and the ensuing competition for economic advantages.

The expert papers in Tax Conversations review the principal themes dominating tax debate and tax reform at the end of the century. In their totality, they examine how these issues have evolved, their current implications, and their possible or probable directions into the next century. The conversations analyse these elements of the tax debate in order to give meaning to past developments and to assess prospects for the future.

The papers in this volume honour John G. Head, a scholar considered by many to be his generation's leading figure in Australian public finance, whose work has done much to educate tax theorists and those implementing policy.

Tax Conversations is important reading for tax practitioners, academics, policymakers, and anyone else with an interest in thinking about and conversing intelligently on where the field has gone during this critical time and the course of its future direction.