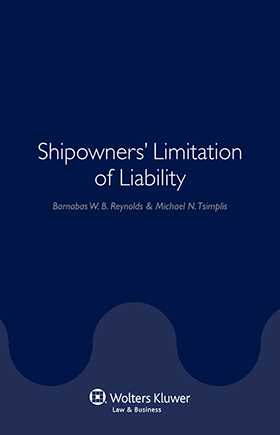 At present, three international conventions (one of which has been modified by many signatory states to produce a fourth regime), together with certain pre-existing national regimes, provide this entitlement to limit most types of private law liability arising in the ordinary course of the shipowner’s activities. Limitation may be invoked by the shipowner in two principal ways: by way of a defence, or by commencing a limitation action, which latter normally involves constituting a limitation fund. Whether the shipowner should take the initiative and start a limitation action, or whether he or she should wait and use limitation as a defence, will depend on the choice of fora available. Significant differences among jurisdictions inevitably give rise to forum-shopping.

In the course of this book’s practical explanation and discussion of shipowners’ rights to limit their liability, the authors consider how the conflict of laws rules of various jurisdictions might be used by parties in international commerce to raise the most advantageous defence or select the most suitable tribunal to commence a limitation action. For each potentially applicable limitation regime, the book identifies the amount to which liability is limited and the tests that apply when a claimant wishes to challenge a shipowner’s right to limit liability.

Among the issues brought to the fore are the following:

As an in-depth exploration and analysis of the differences between the various limitation regimes that provide shipowners with a global entitlement to limit liability – and the broader legal issues such limitation rights gives rise to – this book will prove invaluable to any party involved in shipping disputes. Lawyers representing either shipowners (and other parties with an interest in the ship’s operations) or claimants will clearly identify the major issues related to the selection of the appropriate forum for the limitation of liability, including procedural details.

Part II The Right to Limit Liability under the Global Limitation Regimes.

Chapter 3 Who May Invoke Global Limitation?

Chapter 4 For Which Types of Vessel Is Limitation Available?

Chapter 5 The Claims to Which Limitation May Apply.

Chapter 6 When Is the Right to Limited Liability Lost?

Chapter 7 The Limits of Liability.

Chapter 9 Constitution of the Fund and Priority of Claims.

Chapter 10 The Admiralty Jurisdiction of the English High Court and English Limitation Procedure.

Chapter 16 Liability for Oil Pollution Not Covered by International Conventions.

Appendix I Ratification Status of the 1924 Limitation Convention.

Appendix II Ratification Status of the 1957 Limitation Convention and its 1979 Protocol.

Appendix III Ratification Status of the 1976 and 1996 LLMCs.