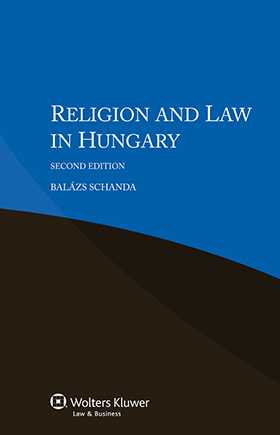 Derived from the renowned multi-volume International Encyclopaedia of Laws, this convenient resource provides systematic information on how Hungary deals with the role religion plays or can play in society, the legal status of religious communities and institutions, and the legal interaction among religion, culture, education, and media.

After a general introduction describing the social and historical background, the book goes on to explain the legal framework in which religion is approached. Coverage proceeds from the principle of religious freedom through the rights and contractual obligations of religious communities; international, transnational, and regional law effects; and the legal parameters affecting the influence of religion in politics and public life. Also covered are legal positions on religion in such specific fields as church financing, labour and employment, and matrimonial and family law. A clear and comprehensive overview of relevant legislation and legal doctrine make the book an invaluable reference source and very useful guide.

Succinct and practical, this book will prove to be of great value to practitioners in the myriad instances where a law-related religious interest arises in Hungary. Academics and researchers will appreciate its value as a thorough but concise treatment of the legal aspects of diversity and multiculturalism in which religion plays such an important part.

Part I. Legal Framework and Sources.

Chapter 2. Other Legislation with Regard to Religion.

Chapter 3. Typology of the System.

Chapter 3. Interaction between Religion and State on a Political and Legal Level.

Part VII. Religious Communities and Protections of the Individual.