Loading...
Store International Reform and Perspectives on Social Insurance: Lessons from the East and West 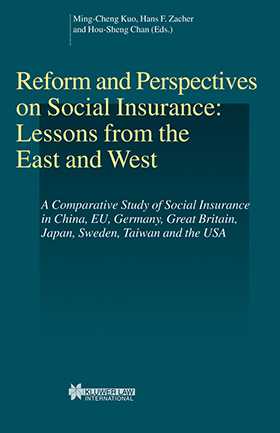 Reform and Perspectives on Social Insurance: Lessons from the East and West

Qty.
This product is available for the standing order program. Learn More
Add to Cart
For general delivery times, please see our Shipping Policy
Share
Overview
The social security systems that, perhaps more than any other governmental programs, have characterized the development of industrial societies are under siege. On the threshold of the twenty-first century, the future of social insurance is uncertain; it may even be seriously threatened.

In this important book, nine leading scholars probe deeply into the nature of social rights, trying to read the near future and locate the most meaningful and effective role that social insurance can play as today's new socioeconomic patterns develop.

In-depth chapters analyse existing systems and recent and ongoing reforms in seven countries--Germany, the United Kingdom, Sweden, the United States, Japan, Taiwan, and China. There is also a chapter on the European Union's work toward a harmonised scheme to match other programs of integration, and a chapter on the all-important interpenetration of social insurance and human rights. The authors clearly demonstrate that the unprecedented challenges faced by social insurance today arise not only from changes in the patterns of society, but also from lack of confidence and ideological prejudice on the part of both academia and public policy.

As a major analysis of why and how a great milestone in human progress is faltering under contemporary pressures, this book is of enormous value. It deserves to be read and absorbed by all professionals in the field who want to use their knowledge and skill to ensure a future in which every man, woman, and child is provided with opportunity to live as full a life as possible.