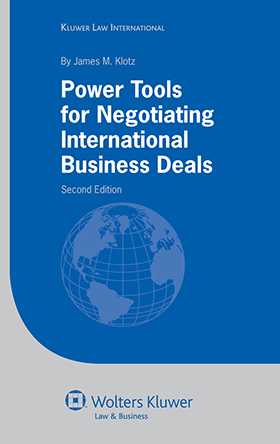 Filled with checklists and case examples, these are the power tools needed for negotiating business deals in the global marketplace. When negotiating an international deal, there is often only one good opportunity to strike the bargain and make the deal. To do so, a businessperson needs tools to know what to ask for, what to counter with, and what to offer up as a reasonable compromise. That is how deals get done. Without knowing the terms that would make the best international deal, the deal may still get done – it just will not be the best that could have been negotiated.

Power Tools for Negotiating International Deals explains the key issues that need to be negotiated in an international business deal, be it a product sale, agency/brokerage, consulting agreement, distributorship, license, joint venture or consortium.

Some of the topics covered in this book: