Loading...
Store Law and Practice of International Arbitration in the CIS Region 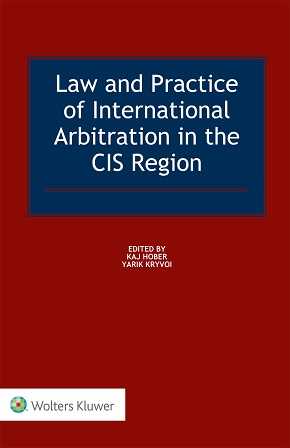 Law and Practice of International Arbitration in the CIS Region

Today, the former Soviet republics such as Russia, Ukraine, Kazakhstan, and others generate a significant and growing amount of work for the major Western and CIS regional, international arbitral institutions.

This book, a country-by-country analysis of regulation and practice of international arbitration in ten CIS jurisdictions, examines notable developments in the use of arbitration mechanisms contained in bilateral and multilateral investment treaties affecting the region.

In addition to a detailed discussion of the particular features of arbitral practice in each jurisdiction, contributions cover the following issues and topics:

An informative introductory chapter discusses the historical and current trends affecting arbitration practice among the CIS countries, including the role of regional conventions relatively unknown in the West.

As a comprehensive overview of international arbitration in this burgeoning region, this book has no peers. It provides not only a detailed analysis of the law but also insight from local practitioners into the culture of arbitration and how the law is applied.

This book serves as a handbook for lawyers, arbitrators, and academics concerned with alternative dispute resolution, as well as for arbitration institutions, companies, states, and individuals, to understand the broad legal framework involved in arbitration in this CIS region.

Appendix 1 Map of the Commonwealth of Independent States

Appendix 8 Annex 16 to the 2014 Treaty on the Eurasian Economic Union Protocol on Trade in Services, Incorporation, Activities and Investments