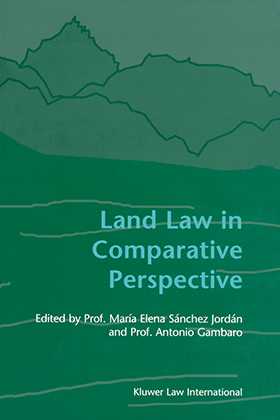 Qty.
Add to Cart
* For general delivery times, please see our Shipping Policy
Share
Overview
Nothing provides as much material for comparative legal study as the great variety of rule-making that characterizes land law. Land law is perhaps the only legal area in which the leveling march of globalized uniformity has had to yield to the progressive development of local customary law. It is a rich and rewarding field for comparative law scholars, a field with a diverse past that resists classification and an equally unpredictable future.

This engaging book presents fourteen stimulating essays, all originally presented at the 2001 Annual Colloquium of the International Association of Legal Science, held in Santa Cruz de Tenerife, Canary Islands, in October 2001. These essays, all by leading scholars in the field, deal with a broad array of significant issues, including such debates as the following: