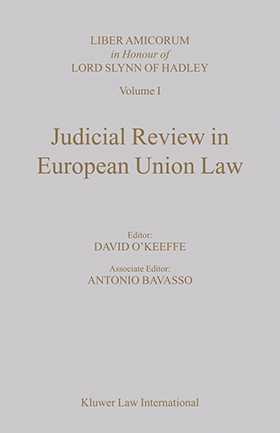 Qty.
Add to Cart
* For general delivery times, please see our Shipping Policy
Share
Overview
This book of essays in honour of Lord Slynn of Hadley, former Advocate General and Judge of the European Court of Justice, is thoroughly worthy of its distinguished honorandus . It focuses on the important topic of Judicial Review in EU Law, and, unlike other books on this topic, it looks at judicial review by both European and national courts. The volume consists of five parts, dealing with The European Court of Justice and the Court of First Instance, Forms of Judicial Review before the European Courts, Forms of Judicial Protection in the European Legal Order, European Law before the National Courts, and Judicial Review and Substantive Law. Each chapter is written by a leading expert and marks a significant contribution to knowledge, as well as being a fitting tribute to Lord Slynn.
Volumes
Related Products