Loading...
We know your business is rapidly adapting to the global COVID-19 outbreak. If you need assistance with your Wolters Kluwer products or would like to get more information on a complimentary Guest Pass to any of our online products, please contact your representative. To help you stay informed and navigate the changes, Wolters Kluwer is providing free insights and resources. View Resources here >> Close
Store Government / Legal / International Fidelity Rebates in Competition Law: Application of the ‘As Efficient Competitor’ Test 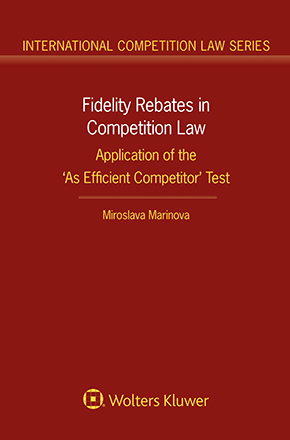 Fidelity Rebates in Competition Law: Application of the ‘As Efficient Competitor’ Test

About this book:
Fidelity Rebates in Competition Law examines the treatment of fidelity rebates as one of the most controversial topics in EU competition law. The controversy arise from the lack of clarity as to how to distinguish between rebates that constitute a legitimate business practice and those that might have anticompetitive effects, as the same type of rebates could be pro-competitive or anticompetitive depending on their effects on competition. This book clarifies the appropriate treatment of fidelity rebates under EU competition law by offering original insights on the way in which abusive rebates should be identified, taking into account the wealth of EU case law in this area, the economics’ literature and the perspective of US antitrust law. The critical discussion on the case law is centred on the idea as to whether the ‘as efficient competitor’ (AEC) test is an important part of the assessment of fidelity rebates and in which circumstances it could be used as one tool among others.

What’s in this book:
The analysis treats such issues and topics as the following:

A concluding chapter provides an original perspective and also policy recommendations on how the abusive character of fidelity rebates should be assessed, including an appropriate legal test that is administrable, creates predictability and legal certainty and minimises the risk of errors and the cost of those mistakes.

How this will help you:
This book takes a giant step towards improving the understanding of the legal treatment of fidelity rebates and understanding as to whether the treatment of fidelity rebates could be effects-based, without necessarily carrying out an AEC test. This book thus contributes significantly to the practical work of enforcement agencies, courts and private entities and their advisors.

Chapter 3
The Economics of Fidelity Rebates

Chapter 6
The Treatment of Fidelity Rebates under US Antitrust Law: Predatory Pricing or Exclusive Dealing?