Loading...
We know your business is rapidly adapting to the global COVID-19 outbreak. If you need assistance with your Wolters Kluwer products or would like to get more information on a complimentary Guest Pass to any of our online products, please contact your representative. To help you stay informed and navigate the changes, Wolters Kluwer is providing free insights and resources. View Resources here >> Close
Store International European Central Bank Institutional Aspects 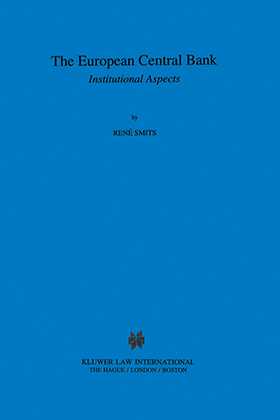 The European Central Bank describes and analyses, from the perspective of the General Counsel of the Dutch Central Bank, the objectives and tasks entrusted to the ECB and the instruments with which the ECB has been endowed in order to carry out its responsibilities.

In the context of this discussion of the institutional features of the ECB, the author: