Loading...
Store International Convergence of Competition Laws and Policies in the European Community: Germany, Austria and the Netherlands 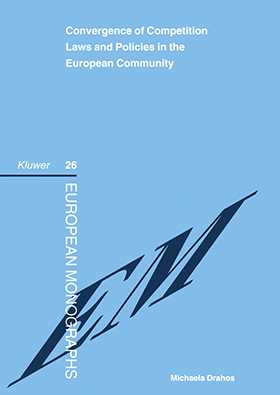 Convergence of Competition Laws and Policies in the European Community: Germany, Austria and the Netherlands

Qty.
This product is available for the standing order program. Learn More
Add to Cart
* For general delivery times, please see our Shipping Policy
Share
Overview
Scholars have observed a gradual convergence of national European cartel laws towards EC competition law in recent years. Furthermore, most writers ascribe an important role in this convergence process to the influence of and pressure from the European Community.

This is a remarkable conclusion considering the diversity that could be noticed only decades ago and the fact that the European Community has taken no direct legal action to harmonise national competition laws. These observations give rise to two questions: First, what is the extent of this convergence process and on which aspects do differences persist? Secondly, what have been the driving forces behind this development, and especially, what has been the role of the European Community in it?

The study concentrates on three countries, namely Germany, Austria, and the Netherlands, which represented different models only some decades ago. The book aims at providing more insight into the development of competition policy in the EC and into the adaptation of national regulatory policy to EC law in general.

This book is of interest to lawyers, political scientists, and economists working in the field of competition policy, as well as to scholars interested in European integration in general.