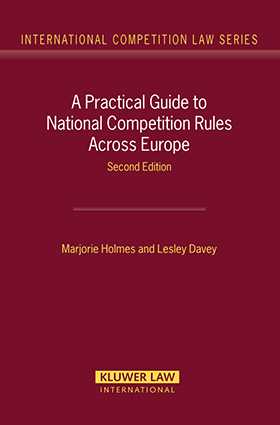 Over the last three years, the anti-trust environment in Europe has undergone major changes, as the so called process of modernisation gathers pace. In May 2004, the European Commission lost its exclusive jurisdiction to deal with restrictive agreements and dominance. As a result EU Member States’ national competition authorities acquired the power to implement European competition rules, as embodied in Articles 81 and 82 of the EC Treaty.

This decentralisation of power means that companies operating in several Member States must be aware of each jurisdictions’ relevant competition rules to ensure full compliance. Those wishing to complain about anti-competitive practices can now choose between different national competition authorities. Being able to identify the strengths and weaknesses of different competition regimes is therefore important for both those who wish to ensure compliance and those who want to complain about anti-competitive activities. However by ‘outsourcing’ the burden of implementing the anti-trust rules, some wonder whether the EU’s competition regime has taken a step closer to the US regime. Since 1 May 2004 we have been waiting for an explosion of cases in the national courts based on breaches of the competition rules. To date this has not happened. Is this because of obstacles such as the lack of treble damages, class actions and contingency fees? As a result of the above changes, advising on competition issues in Europe requires not only an understanding of the competition rules in each jurisdiction, but also an understanding of how the national courts deal with competition cases.

The second edition of A Practical Guide to National Competition Rules across Europe aims to address these issues. Firstly it provides practical information on the competition regimes (including merger control) in each of the EU member states as well as Norway and Switzerland. Secondly it analyses the civil procedure rules in each jurisdiction and considers the extent to which competition litigation is likely to increase in the future. Each country chapter has been prepared by experienced competition lawyers. The second edition of the guide also includes a comparable analysis of the competition rules in Europe with those in other jurisdictions including Australia, Canada, Japan and the United States.

Marjorie Holmes and Lesley Davey, both experienced competition lawyers from international law firm Reed Smith Richards Butler LLP, draw on the information provided in each of the country chapters to reach interesting and important conclusions and recommendations.

Reviews of the First Edition:

Reviews of the first edition

Stephen Glasper, Chambers, Sept/October 2004 ‘I commend this book for its contribution to the practical knowledge of the international competition law community as well as its assistance in attaining the “holy grail” of the harmonization of legal approaches to competition law issues’ Susan Yee-Kong, Ebsworth & Ebsworth TPLJ 2004 (Australian Trade Practices Law Journal)