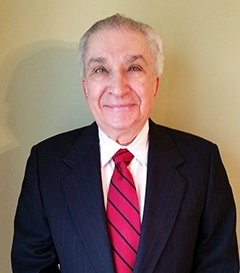 Vincent R. Fontana is a nationally recognized expert in civil rights law, with a particular expertise in defending governmental entities sued under the Voting Rights Act of 1965. During the course of Mr. Fontana’s 50+ years in practice he has also tried cases in various federal courts on a wide range of matters involving civil rights and other topics.

Mr. Fontana is the author of a two volume text entitled Municipal Liability Law & Practice, which is now in its Third Edition. He has also published articles in the Stetson University Law Review in 1992 and 1998 on “Defending a Voting Rights Act” case. In addition Fontana co-authored a chapter entitled “Nuts and Bolts in Defending a Voting Rights Act case” published by the American Bar Association in 2015 in a book entitled “America Votes!”

During his career, Mr. Fontana lectured frequently to various bar associations and other organizations on civil rights, employment law, individual rights under the First Amendment.

Mr. Fontana was admitted to practice law in the State of New York, the United States Supreme Court, the Eastern and Southern Districts of New York, and the Second, Third, Ninth and Eleventh Circuit Courts of Appeal. He is listed in Who’s Who in American Law; and was selected among the Best Government Lawyers on Long Island, New York in 2010.