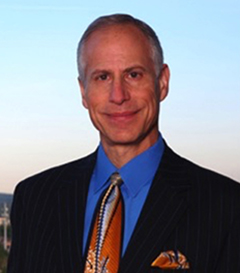 Steve is the founder and managing partner of The Oberman & Rice Law Firm practicing primarily in the areas of DUI defense and criminal defense. Among the many honors bestowed upon him, Steve has served as Dean of the National College for DUI Defense (NCDD) and was subsequently designated as a Fellow of the College. He currently serves as chair of the National Association of Criminal Defense Lawyers DUI Committee, as he has continuously since 1995.

Steve was the first lawyer in Tennessee to be Board Certified as a DUI Defense Specialist by the NCDD. In addition to co-authoring Drunk Driving Defense since 2003 with Lawrence Taylor (Wolters Kluwer), Steve is also the author of DUI: The Crime & Consequences in Tennessee, first published in 1991 and supplemented annually since (Thomson-West). Steve has served as an adjunct professor at the University of Tennessee Law School since 1993 and has received a number of prestigious awards for his faculty contributions. He is a popular international speaker, having taught thousands of lawyers about DUI defense and various trial skills at seminars in 30 different states, England, Mexico, and Canada.

Among his many honors, Steve has been awarded an “AV” rating from Martindale-Hubbell. He has also been honored as one of the “Best Lawyers in America” and a “Super Lawyer” by the publications of the same name; and a “Top 100 Trial Lawyer” by the American Trial Lawyers Association. He has also received the Marquis’ Who’s Who Lifetime Achievement Award.

Drunk Driving Defense, Ninth Edition, provides tactics to mount a successful defense in a drunk driving case from the administrative license suspension hearing to the pretrial investigation to cross examination and all the way to jury summation....Buy today.