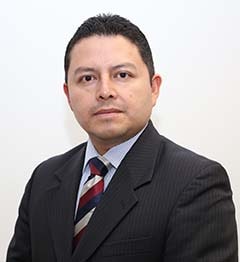 Sergio Pérez is a Tax Controversy and Dispute Resolution Partner with PwC Mexico. Before joining the firm, he had a high-level position for nine years at the Mexican Large Taxpayers’ Administration, leading a Transfer Pricing/International Taxation audit team and the APA/BAPA Program in Mexico. Sergio conducted Competent Authority negotiations for Bilateral APAs and MAPs with other tax administrations around the world. His areas of expertise include tax policy, cross-border transactions, operational restructures, transfer pricing, PE issues as well as settlement negotiations, tax conventions and tax review´s management.

As the Mexican Delegate of OECD’s Working Party 6, Sergio was involved in projects resulting in modifications to the OECD’s TP Guidelines. He also collaborated in focus groups for the BEPS initiative.

Sergio has been at PwC for four years now, helping clients on their dispute resolution processes and providing TP compliance services on International tax planning.

Sergio led the TP Committee at IFA México and is an active member of IFA Mexico Executive Committee. He has been invited to lecture at international taxation forums in Latin America, Asia and the US. He is an Economist from Mexico´s ITAM and also studied Physics with emphasis in Nuclear Sciences at Mexico´s National University.