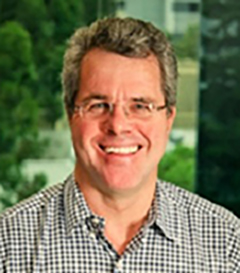 Ross Buckley joined the Faculty of Law at UNSW Sydney as a Professor in 2007, and was appointed a Scientia Professor and to the King & Wood Mallesons Chair in International Finance Law in 2013.

His current research focus is on FinTech, RegTech and Distributed Ledger Technologies in developed markets, and on how best to regulate the delivery of financial services over mobile devices in developing countries.

Earlier in his career, Ross worked for over a decade on the systemic regulation of financial systems, and before that wrote broadly across banking and commercial law, trade law, negotiation and contracts.

Ross has consulted to banks, finance houses and government departments. In the U.S. to the Securities and Exchange Commission, the Comptroller of the Currency and the Department of Justice; and closer to home to the Asian Development Bank, the Australian Tax Office, the Indonesian Ministry of Finance and the Vietnamese Ministry of Trade. A long time ago he practised banking and finance law in Australia, Hong Kong and on Wall Street.

From Crisis To Crisis. The Global Financial System and Regulatory Failure

Now also available as eBook The global financial system has proven increasingly unstable and crisis-prone since the early 1980s. The system has failed to serve either creditors or debtors well....This has been reinforced by the global financial crisis of 2008, where we have seen systemic.

History has a way of repeating itself in financial matters because of a kind of sophisticated stupidity,' John Kenneth Galbraith once wrote. In this superb new book, Ross Buckley suggests that the stupidity identified by Galbraith can be traced to

Emerging Markets Debt: An Analysis of the Secondary Market

The WTO and the Doha Round:The Changing Face of World Trade

The appointment of Dr. Supachai Panitchpakdi as Director-General of the World Trade Organization in 2002 reflects the changing power realities within the WTO....Coupled to this is the growing sense among developing countries that they have been cheated