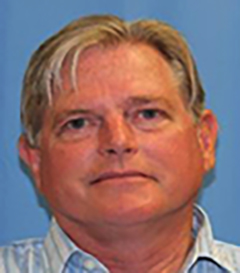 Roger Mastalir has been a career law clerk in the federal courts for more than two decades. During that time, he has observed the constant development of employment law. He has assisted in researching and drafting decisions and jury instructions in dozens of employment cases in the United States District Courts for the Northern District of Iowa, the District of the Northern Mariana Islands, and the District of Arizona, as well as opinions on employment law issues for the United States Courts of Appeals for the Eighth and Ninth Circuits. These employment cases, many on cutting edge issues, have involved the statutes and common law of several states as well as federal statutes.

As a career law clerk, Mr. Mastalir has also been involved in a wide range of other federal cases, involving criminal law and the death penalty, civil rights and constitutional law, commercial and contract law, non-commercial torts, prisoner’s rights and post-conviction relief, patent and intellectual property law, and evidence.

Mr. Mastalir also taught legal writing and appellate advocacy for five years as an Adjunct Professor at the University of South Dakota School of Law. Prior to studying law, he studied music and music history as a Rhodes Scholar.