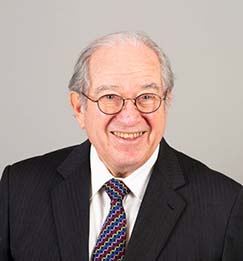 Julian has been appointed as a sole, presiding and co-arbitrator in arbitrations under the rules of all the major arbitral institutions and under UNCITRAL and Swiss Chambers’ Arbitration Institution rules.

Julian received the GAR Award for Best Prepared and Most Responsive Arbitrator in 2015.

Enforcement of Foreign Judgements helps alleviate the time and costs of consulting foreign attorneys or government agencies for information regarding the specific procedures of individual nations and their policies towards enforcement of foreign judgements.

Arbitration Insights: 20 Years of the Annual Lecture of the School of Int'l Arbitration - Freshfield Bruckhaus Deringer

Since its establishment in 1986, the annual Freshfields Arbitration Lecture (as it has come to be known) has given both practitioners and academics a unique and extraordinary opportunity to explore new insights and frontiers in the theory and

In a three-day symposium held at the School of International Arbitration, Centre for Commercial Law Studies (CCLS), Queen Mary University of London, on the occasion of its twentieth anniversary in April 2005, a stellar array of practitioners and