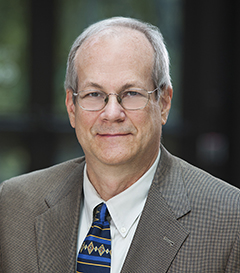 Since 1982, Professor Mark L. Ascher has taught Estates & Trusts, Income Tax, Income Taxation of Estates & Trusts, and Estate & Gift Tax. He began his academic career at the University of Arizona College of Law, in Tucson, Arizona, where he became the Ralph W. Bilby Professor. In 2000, he moved to the University of Texas School of Law, in Austin, Texas, where he holds the Hayden W. Head Regents Chair for Faculty Excellence. He has long been the sole active contributor to two of the premier treatises in estate planning. In 1986, he assumed responsibility, with Ferguson, for Federal Income Taxation of Estates, Trusts, and Beneficiaries, now in its fourth edition. In 1992, he added responsibility for Scott on Trusts, which, now in its fifth edition, is called Scott and Ascher on Trusts. Professor Ascher is an academic fellow of the American College of Trust & Estate Counsel and a life member of the American Law Institute. He was an adviser to the Restatement (Third) of Trusts. He has been a Visiting Professor at NYU School of Law and Cornell Law School. From 1978 to 1982, Professor Ascher was an associate with White & Case, in New York City.

Scott and Ascher on Trusts gives practical advice on how to create, administer, and terminate trusts, and incisive analysis of the underlying principles of trust law....Buy now!