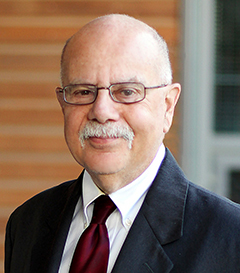 Ed Imwinkelried is one of the most prolific American legal scholars. He is the author or coauthor of several multi-volume treatises in addition to THE NEW WIGMORE: EVIDENTIARY PRIVILEGES: McCORMICK ON EVIDENCE (7th ed. 2013), SCIENTIFIC EVIDENCE (5th ed. 2012), and UNCHARGED MISCONDUCT EVIDENCE (rev. 2016). His most popular text, EVIDENTIARY FOUNDATIONS, soon going into 10th edition, has sold over 100,000 copies. He has published more than 100 law review articles.

He is also a respected teacher. He has won seven law school or university teaching awards and has lectured in 46 states. He has spoken on such subjects as evidentiary privileges, expert testimony, and Federal Rule of Evidence 404(b) (evidence of other crimes and torts).

nd practical answers to hard questions about professional conduct -- and avoid wrong answers that could set back your firm -- with this authoritative guide to legal ethics.

The New Wigmore: A Treatise on Evidence

The New Wigmore: A Treatise on Evidence is an authoritative guide with answers to evolving questions in civil and criminal litigation . The five volume series presents the same quality of research, thought, and analysis as the original Wigmore , creating a genuine present-day counterpart.