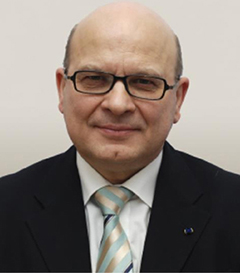 André Alen lectured at the University of Ghent from 1984 to 1992 and led the University of Leuven’s Institute for Constitutional Law from 1986 to 2015. From 1978 to 1993, he contributed to several Belgian State Reforms. He was Chief of Staff to the Prime Minister from 1984 to 1987. As Secretary of the Belgian Government from 1985 to 1992, he was the country’s highest ranking civil servant. From 1992 to 2001, he was an assessor in the Legislation Division of the Belgian Council of State.

By Royal Decree of 16 March 2001, he was appointed as a Judge of the Belgian Constitutional Court, of which he is the president since 9 January 2014. He is also a Judge ad hoc of the European Court of Human Rights since 2010. By Royal Decree of 16 July 1993, he was granted the title of Baron.

Prof. Alen has published extensively in the field of constitutional and administrative law, federalism and human rights.

Derived from the renowned multi-volume International Encyclopaedia of Laws, this very useful analysis of constitutional law in Belgium provides essential information on the country&rsquo;s sources of constitutional law, its form of government, and its administrative structure....Lawyers who handle.