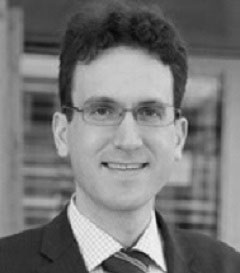 He is a member of the editorial board of Intertax and Internationale Steuer-Rundschau as well as Co-Editor of the Commentary Klaus Vogel on Double Taxation Conventions. His main research interests are tax treaty law, European tax law and tax policy.

He is a frequent guest lecturer at universities in and outside Europe.

Tax and the Digital Economy: Challenges and Proposals for Reform

Tax and the Digital Economy provides a detailed analysis of the impact of the digitalization process on tax policy, tax administration and taxpayers. The increasingly digitalized global economy is undermining the usefulness of many traditional tax concepts.

Time and Tax: Issues in International, EU, and Constitutional Law

Time and Tax: Issues in International, EU, and Constitutional Law Edited by Werner Haslehner, Georg Kofler & Alexander Rust Time is a crucial dimension in the application of any law.

The OECD Multilateral Instrument for Tax Treaties: Analysis and Effects

The OECD Multilateral Instrument for Tax Treaties: Analysis and Effects. Read this book to know all the important details. Get your copy now!

Klaus Vogel on Double Taxation Conventions is standard on the law of tax treaties. This edition provides the full and current account of double tax conventions....Buy now!