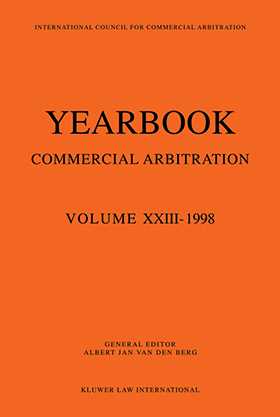 Qty.
This product is available for the standing order program. Learn More
Add to Cart
For general delivery times, please see our Shipping Policy
Share
Overview
The twenty-third volume is the most extensive of this long-standing series edited by Professor Albert Jan van den Berg, comprising 1306 pages of worldwide, up-to-date information on international commercial arbitration. The extensive contents reflect the ever-expanding and changing law and practice of arbitration.

Recent developments are tracked in the form of excerpts of leading court decisions from Austria, Egypt, The Court of Justice of the European Communities, The Netherlands, Switzerland and the USA. These court decisions deal with a broad variety of matters including the arbitrability of administrative contracts under Egyptian law, the levying of turnover taxon European arbitrators' fees, and expanded review by a court of an arbitration award.

The Yearbook also reproduces the portions of UNCITRAL's CLOUT containing summaries of court decisions applying the UNCITRAL Model Law on International Commercial Arbitration and supplements this with a cumulative index of articles of the Model Law. Other aspects of recent developments are reported in Part IV which summarizes new arbitration legislation in Egypt, Germany, Iran, Lithuania, Oman and Peru.

In Part VI, an earlier tradition of publishing articles is revived. An article by R. Doak Bishop entitled `International Arbitration of Petroleum Disputes: The Development of a Lex Petrolea ' surveys virtually all published arbitral awards relating to the petroleum industry, and distills from them `a comprehensive roadmap' of the issues and solutions found in these awards. 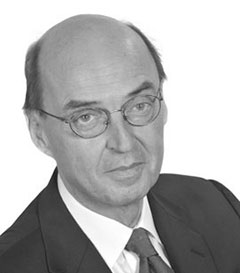