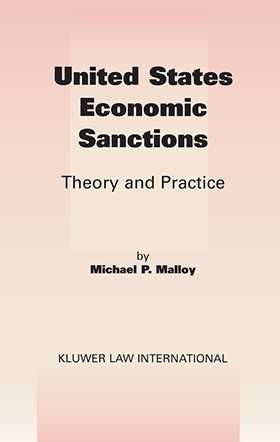 Qty.
Add to Cart
For general delivery times, please see our Shipping Policy
Share
Overview
The growing use of U.S. and multilateral economic sanctions--and the increasing and controversial attention such measures are attracting internationally--create a need for a detailed legal analysis of the subject and its policy implications for both U.S. practitioners and their counterparts in other countries.

The expanding field of sanctions is especially worthy of close scrutiny as it generates significant (and often inadvertent) influence on finance and trade. Increasingly, lawyers and business people involved in international transactions must take account of the risks, both actual and potential, inherent in compliance with economic sanctions on trading partners.

This major new work, a completely revised successor edition to the author's much-cited Economic Sanctions and U.S. Trade, shifts the main emphasis from the mechanics of applying foreign policy objectives to a careful and complete articulation of what those goals are or ought to be--an approach that leads inevitably to a concrete methodology for assessing the effectiveness of sanctions.

In the process the book examines such salient characteristics of the current and developing sanctions regime as the following:

About The Experts
Michael P. Malloy
Distinguished Professor and Scholar 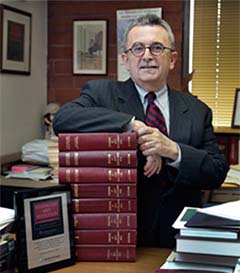