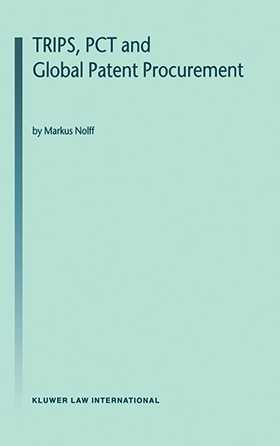 Qty.
Add to Cart
* For general delivery times, please see our Shipping Policy
Share
Overview
The introduction of the Trade-Related Aspects of Intellectual Property Rights (TRIPS) Agreement has established a global patent system requiring a high standard of patent protection. However, any consequential increase in patent applications will further strain the resources of patent offices worldwide.

The current PCT only goes halfway towards the grant of a patent, hence, the logical step to handle an increase in patent applications would be to further develop the PCT towards a patent grant procedure. This has been recognised and in late 2000, the Assembly of the PCT Union decided to set up a special body to consider a formal request by the United States for a "Reform of the Patent Cooperation Treaty".