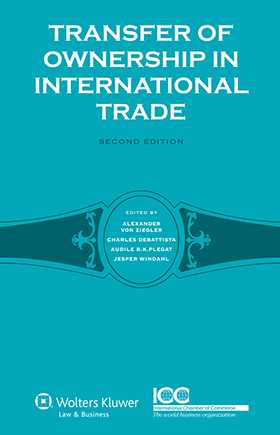 The issue of ownership is a vital one in international trade and one which is barely covered by existing international conventions. Although domestic rules may be familiar to local businesses, practical difficulties and legal uncertainty occur when foreign businesses try to ascertain the rules regulating ownership abroad and when the goods are being shipped by the seller to the buyer.

This new, expanded edition is a unique comparative study of domestic laws in 23 major trading nations and a highly practical guide. Its in-depth analysis of the legal issues arising in connection with transfer of ownership will provide invaluable assistance to practitioners and anyone drafting or interpreting international sales contracts. Each country chapter is structured in the same way, so readers may easily compare national solutions to the same problems.

B. Conflict of Laws as to Transfer of Ownership

C. Substantive Law as to Transfer of Ownership

D. Transfer of Ownership through Bills of Lading or Other Transport Documents

H. Issues Affected by the Question of Ownership.