Loading...
Store International Toward Theory Of Governance: The Action of Norms 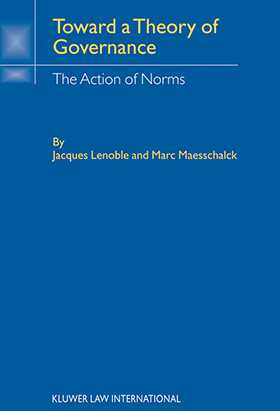 Toward Theory Of Governance: The Action of Norms

Qty.
Add to Cart
* For general delivery times, please see our Shipping Policy
Share
Overview
For more than a century Western democracies have struggled to keep faith with both economic efficiency and social justice. Yet reconciliation of these factors remains as baffling as ever. Among the many voices clamoring today for a theory of collective action, we hear most often of the great chasm between ¿legitimacy¿ and ¿efficiency¿. It is the contention of the authors of this ground-breaking book that these antinomies can be seen as distinct ¿moments of application¿ in the operation of normative judgement, and that a reflexive treatment of norms of collective action, by clarifying limitations in rules and beliefs, allows us to develop mechanisms to correct the limiting effects of such judgements and act accordingly.

Drawing on and developing recent trends in the social sciences, The Action of Norms presents a powerful new theory of governance with far-reaching implications for the future of law, the judiciary, and justice itself. Among the contributing modern ideas that are explained and developed as pillars of the authors¿ thesis are the following: