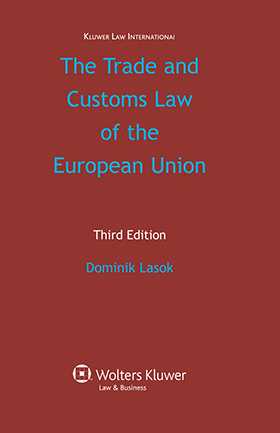 The Trade and Customs Law of the European Union, 3rd Edition

Qty.
Add to Cart
* For general delivery times, please see our Shipping Policy
Share
Overview
The customs union of the original six European Economic Community member states proved a solid base for the evolution of the European integration process in both a political and economic sense.