Loading...
Store International The Rule of Law in the European Constitution 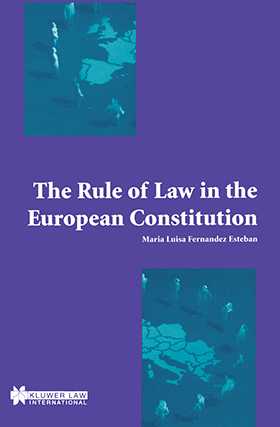 The Rule of Law in the European Constitution

Qty.
Add to Cart
For general delivery times, please see our Shipping Policy
Share
Overview
The European Court of Justice once stated that the European Community is governed by the rule of law inasmuch as member states, Community institutions and individuals are bound to the basic constitutional charter, the Treaty.

An analysis is also made of the implications for national legal orders, specifically for judges. The conclusion reached as a result of the research undertaken for this book is the co-existence of two visions of the rule of law within national legal orders: the traditional view of each legal order by itself, and the new vision of the principle as defined by the Court of Justice.

This legal phenomenon involves what is defined as `the paradox of the two paradigms of law', which determines a share of concepts, tools and remedies amongst legal systems.