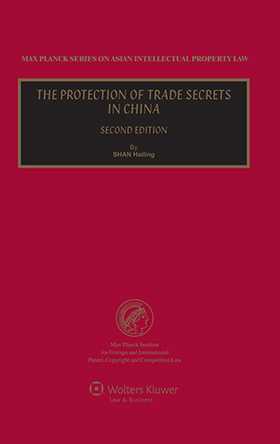 The Protection of Trade Secrets in China - 2nd Revised Edition

Qty.
This product is available for the standing order program. Learn More
Add to Cart
* For general delivery times, please see our Shipping Policy
Share
Overview
For business investors in China, the legal handling of trade secrets is often crucial. However, initiatives are often complicated by a patchwork trade secrets protection system – pieced together haphazardly over the last two decades and drawing on disparate elements of competition law, contract law, employment law, and criminal law – that diverges in significant ways from global standards and corresponding regimes in other countries. Now at last interested parties can benefit richly from a thorough and practical approach to the subject. This detailed analysis of China’s trade secrets law provides in-depth information and guidance on such important factors as the following: The author pays close attention to judicial practice and precedent in the areas of civil remedies, criminal punishment, and administrative penalties. She also offers insightful proposals formulated to align China’s trade secrets law more efficiently with prevailing global standards and generally improve the mechanisms for its implementation. Corporate counsel and international lawyers concerned with intellectual property rights or labour law in China will greatly appreciate the knowledgeable guidance this book affords. They will gain a deeply informed perspective that allows them to avoid infringement, to battle it effectively if occasion arises, and to plan dispute resolution strategies for contingencies involving trade secrets protection in China.
Table of Contents