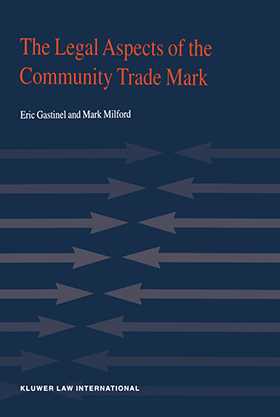 Qty.
Add to Cart
For general delivery times, please see our Shipping Policy
Share
Overview
This book is a practical guide to the legal aspects of the Community trade mark, which is an intellectual property right created by an European Council Regulation of December 1993, and which entered into force on 1 April 1996. The main attraction of the Community trade mark is that it enables an applicant to obtain and maintain, with only one registration, trade mark protection throughout the 15 Member States of the European Union (rather than having to obtain and maintain the registration of essentially the same trade mark in each of those countries).

This analysis notably involves an examination of the administrative practices developed by the OHIM and its various divisions in respect of the Community trade mark, including a detailed review of the case law developed through early September 2000 by the Boards of Appeal of the OHIM.

As it is possible to challenge decisions of the OHIM before the Court of Justice of the European Communities, this analysis also incorporates a study of the case law developed by that Court either in respect of, or which is otherwise relevant to, Community trade marks.