Loading...
Store International The Law of Arbitration in Israel 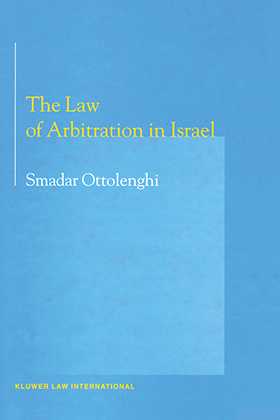 The Law of Arbitration in Israel

Qty.
Add to Cart
For general delivery times, please see our Shipping Policy
Share
Overview
Since Smadar Ottolenghi first published her detailed analysis of Israel's new Arbitration Law in 1970, she has remained the unrivalled interpreter of arbitration law in her country, and a tireless theorist of improved arbitral procedure. Virtually every Israeli judgement with regard to arbitration in the last thirty years has drawn on her definitive Hebrew treatise, Arbitration: Law and Procedure, which has been revised and extended twice, in 1980 and again in 1990.

This book is Professor Ottolenghi's own English adaptation of her peerless work, and is in fact the most up-to-date edition, as it includes references to hundreds of judgements and other developments that have occurred in the ten years since the publication of the most recent (Third) Hebrew edition.

Anyone with the need or opportunity to arbitrate in Israel will find all the details they need, including expert guidance on such important substantive and procedural matters as the following: