Loading...
Store International The Inventiveness Requirement in Patent Law. An Exploration of its Foundations and Functioning 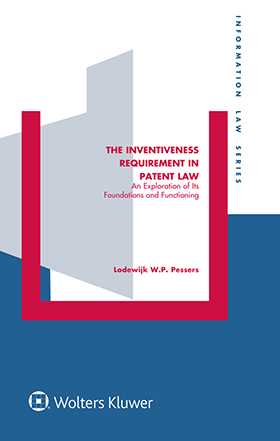 The Inventiveness Requirement in Patent Law. An Exploration of its Foundations and Functioning

Using a methodology guided by geography and chronology, the author weaves together developments in numerous countries – focusing primarily on the United States, the United Kingdom, Germany, and the Netherlands – into a full-scale analysis of the inventiveness concept.

Among the questions raised and examined are the following:

The author tries to answer the question of how the requirement of inventiveness (in patent law) has evolved over time. In doing so, he focuses on three aspects in particular: (i) the historical phases that can be discerned in the requirement’s evolution; (2) the socio-economic and political forces that have determined or influenced its course; and (3) the similarities and dissimilarities between the jurisdictions under examination (i.e., the United States, the United Kingdom, Germany and the Netherlands).

For reasons of structure and overview, the book is divided into two parts. The first part describes the evolution of inventiveness requirements in its first three phases: medieval, mercantilist and pre-modern. The second part is dedicated to the modern phase and pays particular attention to two different ‘schools of thought’ that developed in the 19th century and which continue to be relevant for the doctrine’s direction, even today.

This book provides crucially important fundamental commentary for lawyers, jurists, and scholars coming to grips with a hugely complex legal phenomenon: the dramatic growth, worldwide, in recent years of patents as instruments for the protection of industrial property. This book discusses the legislative and jurisprudential developments, as well as the extra-legal aspects – social, economic, political, and administrative – of the inventiveness in patent law. This excellent analysis is particularly welcome in these times of intensifying scrutiny of patent law and is sure to rapidly become a cornerstone resource for intellectual property lawyers, patent officers, in-house counsel in multinational manufacturing companies, and other interested practitioners.

Part I The Early History of the Inventiveness Requirement

Chapter 1 The Early History of the Inventiveness Requirement: Preliminary Remarks

Chapter 3 The Republic of Venice

Part II The Inventiveness Requirement in Its Modern Phase

Chapter 7 The Inventiveness Requirement in Its Modern Phase: Preliminary Remarks

Chapter 8 Inventiveness in the Age of Modernization

Chapter 9 The Further Rise of the Inventiveness Standard

Chapter 10 The Invention, the Inventor and the Workman