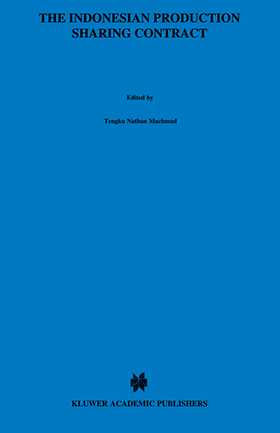 Qty.
Add to Cart
For general delivery times, please see our Shipping Policy
Share
Overview
The model contract for oil and gas development known as the Production Sharing Contract (PSC) originated in Indonesia in 1966 and enjoyed over a decade of successful implementation, with minor adjustments, in several oil-producing countries. In more recent years, however, numerous problems have arisen as changes in economic realities have driven the level of private investment down.

This penetrating study, the only one of its kind, uses legal analysis as well as historical data to pinpoint the reasons for the initial success of the PSC and for its subsequent and persistent frustrations for investors. The author first examines the original Indonesian contract, along with the variants adopted in Malaysia and the People's Republic of China, and then proceeds to an in-depth analysis of the main clauses and their amendments and execution in all three countries.

Taking into account various commissioned surveys and emerging policies and strategies espoused by both governments and industry representatives, he concludes with a detailed proposal for an overhauled contract that allows for meaningful adjustments, or even renegotiation, when the balance of interests between parties changes substantially.

Focusing as it does on some central issues in global economic development, The Indonesian Production Sharing Contract will be of great value to lawyers, multinational corporate executives, and policymakers far beyond the Asia-Pacific region.