Loading...
We know your business is rapidly adapting to the global COVID-19 outbreak. If you need assistance with your Wolters Kluwer products or would like to get more information on a complimentary Guest Pass to any of our online products, please contact your representative. To help you stay informed and navigate the changes, Wolters Kluwer is providing free insights and resources. View Resources here >> Close
Store NEW RELEASES / International The Future of Investment Treaty Arbitration in the EU
Coming Soon 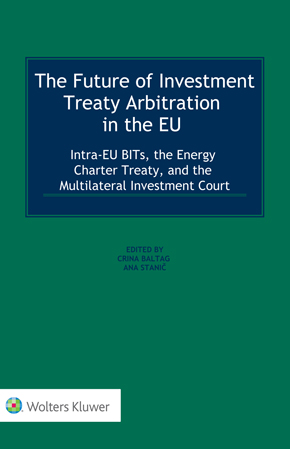 The Future of Investment Treaty Arbitration in the EU

This product is available for pre-sale
Price
$190.00
Qty.
Add to Cart
Share
Overview

The Future of Investment Treaty Arbitration in the EU

In March 2018, the Court of Justice of the European Union (EU) ruled in Achmea that investor-state dispute resolution provisions in intra-EU bilateral investment treaties (BITs) are incompatible with EU law and ipso facto invalid. In January 2019, EU Member States issued Declarations on the Legal Consequences of the Judgment in Achmea undertaking to take steps formally to terminate intra-EU BITs. However, at present, there is no consensus among them on the implications of Achmea on the Energy Charter Treaty, the multilateral energy treaty to which the EU and its Member States are all parties.

With contributions from leading academics and practitioners, the book addresses the following themes:

This eminently informative book is very timely given the ongoing debate taking place in the EU and internationally regarding the interrelationship between investment treaty arbitration, public international law and EU law. The contributions from leading academics, scholars and European Commission officials provide a balanced, contextualized, detailed and critical analysis that will aid interested stakeholders to navigate their way with confidence through this difficult and changing area of the law.

CHAPTER 2
Achmea, Energy Charter Treaty and the Impact on Energy Investments in the EU
Kim Talus

CHAPTER 10
How Do You Solve a Problem Like Achmea?: The Enforcement of Intra-EU Investment Agreement Awards in U.S. Courts
Jennifer Thornton