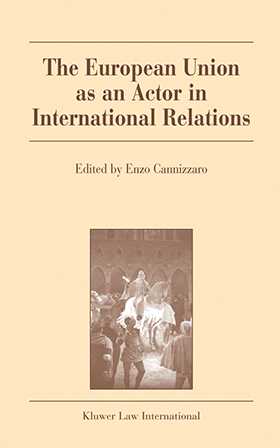 The European Union as an Actor in International Relations

Qty.
Add to Cart
* For general delivery times, please see our Shipping Policy
Share
Overview
The sovereignty of the Member States of the European Union limits the competence of the EU in international relations. Yet in certain manifestations-such as its restraints on the treaty-making power of the Member States, and its significant weight in international organisations-the EU is developing what may be regarded as a coherent foreign policy. It is crucial at this point in history to examine and come to an understanding of what that policy entails and how it is likely to pursue its development.

This symposium, brought together under the auspices of the Institute of International and EU Law of the University of Macerata, presents immensely valuable legal, political, and economic analysis by nineteen leading European scholars. The topics covered include: