Loading...
Store International The European Constitution and National Constitutions: Ratification and Beyond 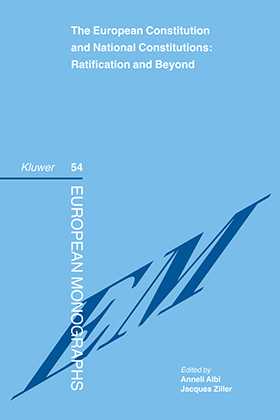 The contributors examine the debates and official documents of the political institutions that have been involved in the ratification process in the Member States, as well as constitutional court decisions and scholarly discourse. They also cover a range of closely related issues, such as the amendment of national constitutions, ratification referendums, and the implications of the codification of the principle of primacy in the European Constitution. The book includes reports from 17 EU Member States, as well as a view from a candidate country, Croatia. These reports, along with other papers on the nature and content of the Constitutional Treaty, consider the following issues:

The book is based on the proceedings of an international conference that was held in Tallinn, Estonia, in November 2005.