Loading...
Store International The European Community at the Crossroads 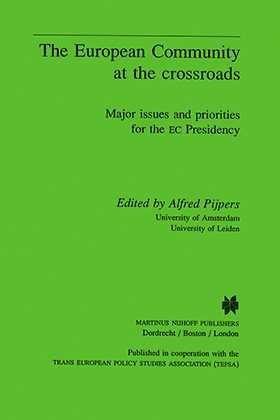 The European Community at the Crossroads

Qty.
Add to Cart
For general delivery times, please see our Shipping Policy
Share
Overview
Revolutionary change in Eastern Europe and the Soviet Union; civil strife in the Balkans; the heavy burden of German reunification; war in the Gulf and its dramatic aftermath; the completion of the internal market in 1992 and the management of two highly complicated Intergovernmental Conferences -- more than ever before its history, the European Community has to operate strong pressure.

This volume captures these problems in a systematic way and presents suggestions as to how the Twelve could cope with them, using the Dutch EC-Presidency as a reference point.

The subjects dealt with include: