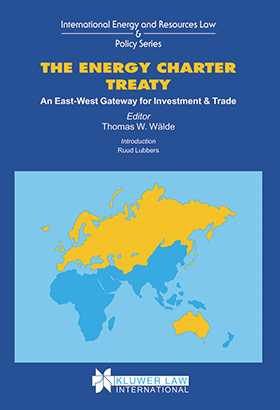 The Energy Charter Treaty: An East-West Gateway for Investment and Trade

Qty.
This product is available for the standing order program. Learn More
Add to Cart
* For general delivery times, please see our Shipping Policy
Share
Overview
The Energy Charter Treaty, initiated by the 1991 European Energy Charter and completed in December 1994, is an innovative major multilateral investment and trade treaty. The book has an introduction by Ruud Lubbers who, as the Dutch Prime Minister, played the key role in initiating the Energy Charter negotiations. It brings together contributions on the energy/investment background, the geopolitical context, the Energy Charter negotiations and the relevant specific topics of the Treaty (focusing on investment and trade, but also environment, competition and transit) by the key specialists on the subject, ranging from countries such as the US (which in the end decided not to join the Treaty) to Russia and Kazakhstan, including energy and investment specialists, international investment and commercial lawyers and arbitrators. The contributors include noted international energy/economic law authorities, but also key participants and observers of the Treaty negotiations. This book is intended to provide the first authoritative analysis of the background, negotiations and content of the Energy Charter Treaty and to provide support and guidance for subsequent negotiations and the difficult challenges involved in interpretation and application of the Treaty. It will be an essential tool for anybody working with the Energy Charter Treaty. The book contains in its annex the major documents of the Treaty: The 1991 European Energy Charter, the 1994 Treaty and its relevant Protocols, Annexes, Understandings and Final Act Declarations.
Table of Contents