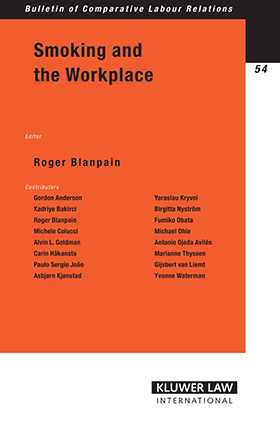 Smoking and the Workplace

Tobacco is a pressure point of globalisation. It is both an enormously profitable international business, providing work for millions, and a universally targeted health hazard. If we admit its function as the primary cause of lung cancer, tobacco is, legality notwithstanding, by a large margin the most dangerous drug on the market. It is particularly insidious as a passive contaminant of enclosed air spaces such as the workplace. Given that most people have day jobs of one kind or another, the crucial questions arise: Is there a fairly standard workplace tobacco policy? And if so, how far does it reach?

Smoking and the Workplace is the first comprehensive global study of attempts to control the level of tobacco smoke in the workplace environment. In four introductory essays, distinguished authors investigate such basic issues as the human right to smoke tobacco and the economic right to market it, with serious caveats from the International Labour Organisation and the European Union. The survey then proceeds with thirteen national reports from European, Asian, and North American countries. Among the approaches to the underlying problems, the book addresses the following:

For its penetrating analysis of the core issues and its comparative elucidation of a representative survey of national legislative methods of tackling the problem, this latest Bulletin of Comparative Labour Relations will be of inestimable value to employment lawyers, union officials, policymakers, and others involved in the day-to-day issues that arise from smoking in the workplace and in other human environments.