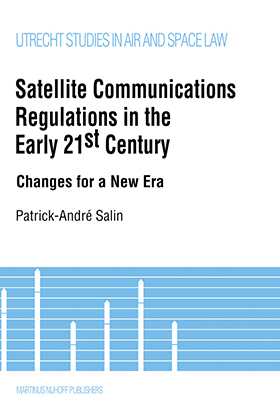 Satellite Communications in the Early 21st Century, Changes for a New Era

Qty.
This product is available for the standing order program. Learn More
Add to Cart
* For general delivery times, please see our Shipping Policy
Share
Overview
This volume is about the sweeping technical and regulatory changes which have moulded the new regulatory framework of space communications. WARC-92 introduced the LEO systems, WRC-5 confirmed the access of large international corporations to negotiating tables with member state representatives, and WRC-97 saw the first exchanges of rounds between North America and Western Europe in the global quest for new business markets.

The outcome of this research is, first, to present the evolution of the regulatory framework of space-based communications, second, to underline the mounting importance of administrative regulations which tend to be granted a de facto status of standard laws and, third, to draw the attention of the public to the win-lose type of trans-Atlantic competition that is taking place on the global stage, that should change into a win-win scenario in the end.