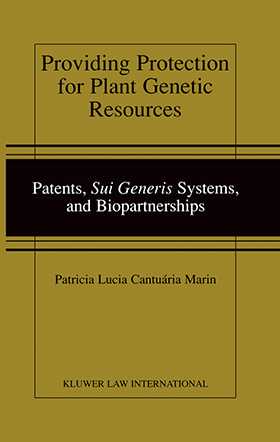 Qty.
Add to Cart
* For general delivery times, please see our Shipping Policy
Share
Overview
The purpose of this book is to show that the access to plant genetic resources and the compliance to the objectives of the Convention on Biological Diversity can only be realised in this biotechnological era the world is facing, through the balance of rights and duties of States and stakeholders.

Specifically, this book suggests that the global partnership as professed in the United Nations Conference on Environment and Development, in 1992, has so far not been reached. It examines the possibility of achieving the global partnership though clear, fair, ethical, and equitable biopartnerships in, between, and among States.

For this purpose, the author analyses international instruments and national laws dealing with patents, plant breeders' rights, farmers' rights, and sui generis protection and shows how they affect developing countries rich in biodiversity and traditional knowledge, such as Brazil. She raises awareness to problems derived from the patenting of genetic resources, plants, and traditional knowledge and presents sui generis alternatives proposed by different sectors of society in several countries.

The book critically examines five biopartnerships of countries in four different continents. The author proposes measures to protect traditional knowledge and innovations and suggests in which indigenous peoples, traditional farmers, and developing countries may achieve an equitable share of benefits for their contribution in the development of new medicines, foods, etc.