Loading...
Store International Protection of the Financial Interests of the European Communities: The Fight against Fraud and Corruption 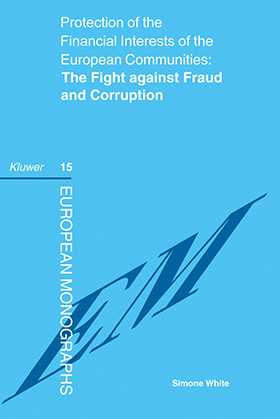 Protection of the Financial Interests of the European Communities: The Fight against Fraud and Corruption

Qty.
This product is available for the standing order program. Learn More
Add to Cart
For general delivery times, please see our Shipping Policy
Share
Overview
This book offers a comprehensive and up-to-date understanding of legal and political progress toward the protection of the financial interests of the European Community. Historically, progress has been uneven due to the sectoral approach adopted. On the expenditure side of the EC budget, the most regulated area remains the EAGGF-Guarantee Section Fund.

By contrast, procurement fraud of the Structural Funds, sometimes involving corruption of officials, is rife in many Member States. On the income side, control of VAT rests mainly with the Member States. The near collapse of the transit system has made collection of duties more difficult, stimulating proposals for computerization of the transit system and improvements in Customs strategies. All Member States have experienced difficulties in recovering EC funds through irregularities: a case study is offered, comparing British and Danish approaches to recovery.

The author also describes and evaluates more far-reaching developments and prospects. An EC penal-administrative space has been created which some penalists regard as a fore-runner to a European Criminal Legal Space. Acknowledging both the attractions and difficulties inherent in such a project, the author focuses attention back to existing First Pillar competencies for EC fraud. For example in relation to VAT and excise regimes, the organisation of Customs, and recovery of funds, deeper integration would reduce criminal opportunities. The book concludes with a review of the Amsterdam Treaty from this perspective.

This book is designed for professionals, teachers, students, and researchers, especially those whose interest in EC institutions and law overlaps in the investigation of so-called `white collar crime'. However, the book should also be of interest to all those concerned with the integrity and development of the European Union in general.