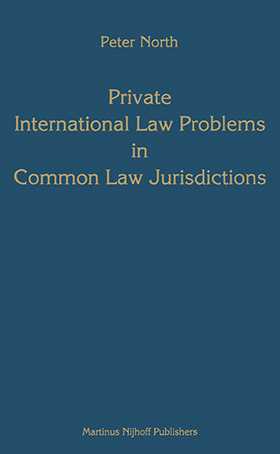 Qty.
Add to Cart
* For general delivery times, please see our Shipping Policy
Share
Overview
This book is a revised updated version of the General Course of Lectures on Private International Law delivered at the Hague Academy of International Law in 1990.

The overall purpose is to examine the development and reform of choice of law rules in a number of common law jurisdictions. Much has been written about the `Revolution' in conflict of laws in the U.S.A.; rather less account, however, has been taken of the major changes elsewhere in the common law world. This work serves to provide a critical account of those developments over the past few decades. Some changes are more recent and of international origin, such as the European Community Rome Convention (1980) on the law applicable to contractual obligations or the Hague Conventions on Child Abduction (1980), on Marriage (1978) and on Succession (1988), and consideration is given to their impact on common law jurisdictions. The process of change is a continuous one and attention is also devoted to current proposals for reform in the fields, for example, of domicile and torts.