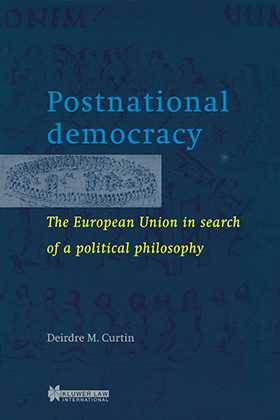 Postnational Democracy, The European Union in Search of a Political Philosophy

Qty.
Add to Cart
* For general delivery times, please see our Shipping Policy
Share
Overview
Postnational Democracy examines the concept of political community beyond the Nation State and discusses its possible structure in the context of the European Union. It explores the evolution of political identity within the context of the Nation State and considers the manner in which international organisations in general have affected the `shared understandings' which have evolved over the course of time.

It concludes that it is only in the context of the European Union that the public realm of politics within the constituent Nation States has been consistently undermined. The book suggests that the notion of democracy beyond the Nation State is a feasible concept and thereby seeks to link in with more deliberative ideas of democracy than the representative model favoured by the Nation State.