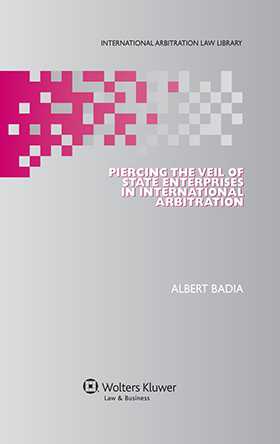 Piercing the Veil of State Enterprises in International Arbitration

State enterprises are separate and legally independent from the state and should therefore be treated in the same manner as private corporations – that is, neither privileged nor disadvantaged. However, the records of international arbitration show that the corporate veil of state enterprises has rarely, if ever, been pierced. This important book asks why this is so, and takes a giant step towards establishing the circumstances under which the rules of international law may allow piercing the veil of state corporate enterprises.

To answer the questions of how far we should go in holding states responsible for the acts of their enterprises, and which principles should be applied, the author focuses on the theory of state attribution, ultimately concluding that, when it comes to enterprises owned or controlled by states, veil-piercing constitutes a special form of attribution. Along the way the following issues and their interrelations come up for discussion:

Analysis of the law of state attribution includes detailed commentary on portions of the ILC Articles on State Responsibility, the Algiers Declaration of 1981, the North American Free Trade Agreement (NAFTA), the Energy Charter Treaty of 2007 (ECT), and the ICSID Convention.

This book’s elucidation of the legal and political levers of the current global order is evident in every chapter. For its systematic discovery of the patterns of state responsibility in relation to state enterprises, and for its crystallization of the place of these corporations in international law, this book will appeal to a wide range of practitioners and academics.

Chapter 4. Piercing the Veil at the Supra-national Level.

Chapter 5. Piercing the Veil of Investors in Nationality Claims.