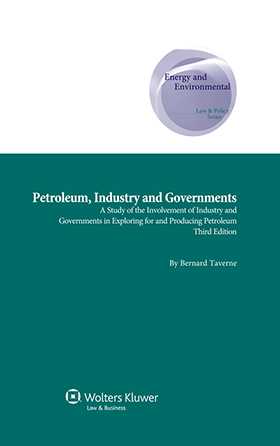 In sharp contrast to the globally expressed concern regarding the emission of CO2 stemming from the burning and combustion of fossil fuels, and the ongoing efforts to establish a new global Climate Agreement with binding commitments towards curbing such emissions, the demand for petroleum, next to coal making up the fossil fuels, is strong and as far as foreseeable will remain strong in the coming decades. Clearly, it is not expected that Government climate change policies following from the intended Climate Agreement will have much impact on the demand for both oil and natural gas in the coming years.

There are good reasons for this at first sight surprising situation (and likewise for the fact that in any country the discovery of a new oil or gas field still may count on a warm welcome by the government concerned and the general public).

The latest statistics and projections about the total of remaining recoverable reserves, including proven reserves, make clear that the petroleum industry by further exploration and application of sophisticated production techniques, many times in extreme areas and/or under extreme conditions, must be expected to be able to satisfy any reasonable demand as currently projected.

This third edition has been fully updated not only as far as statistics go but also with respect to petroleum legislation. But legislation, treaties, etc. that have lost their relevance have been deleted.

Preface to the First Edition.

Preface to the Second Edition.

Preface to the Third Editon.

Chapter 3 Petroleum and the Economy.

Chapter 9 Petroleum and the 1982 Convention ‘On the Law of the Sea’.